From little acorns, big oaks grow. Yeah, yeah, it’s a tired old cliche but it aptly describes the rise of Subaru of America (SOA) which just celebrated its 50th birthday at its Cherry Hill, New Jersey (NJ) base.

Contrast that with here in the UK where Subaru 2017 sales plunged almost 26% to just 2,679 cars in an overall market off 5.65% to 2,540,617 units. January’s result was a little better with sales off almost 13% to just 155 cars; the independent UK importer surely must eye the factory-owned US shop’s achievements with envy.

SOA will move to new corporate headquarters in Camden, also in NJ, next May, bringing several offices under one new roof.

Like the UK operation, SOA originally was privately owned, founded on 15 February, 1968 by two American businessmen: Malcolm Bricklin (later to bring the notorious Yugo brand to the US) and Harvey Lamm. In 1965 Bricklin was selling franchises for motor scooters that included the Fuji Rabbit and the tiny Subaru 360. Bricklin then formed Subaru of America to sell Subaru franchises with Lamm who was the son of a furniture salesman in Philadelphia. From 1967 to 1990, Lamm served as chairman of the board, chief executive officer, president and chief operating officer of SOA.

The first Subaru ‘office’ was a small rental unit in Balboa Park, California which Lamm set up in 1967. The following year, SOA was officially established in Bala Cynwyd, Pennsylvania before moving to larger quarters in Pennsauken, New Jersey in 1970. The HQ moved to its current Cherry Hill location in October 1986.

In the early years, Bricklin and Lamm’s business model was to sell distributor franchises to investors across the country, resulting in 13 distributors nationwide. In subsequent years, SOA bought out most of the original distributors, with the exceptions of Subaru of New England (SNE) and Subaru Distribution Corp (SDC) which covers New York and parts of NJ.

On 31 August, 1990, Fuji Heavy Industries (FHI) acquired Subaru of America through a US$6 per share cash offer. FHI had already purchased just under half of SOA stock from prior investments. 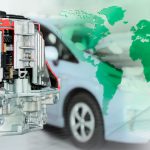 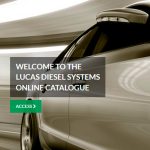